The Village of South Lebanon recently celebrated the completion of their new municipal building, which had been transformed from a former elementary school. Representatives from the Village as well as from many neighboring municipalities gathered on October 19th 2019 to commemorate this achievement of responsible reuse. 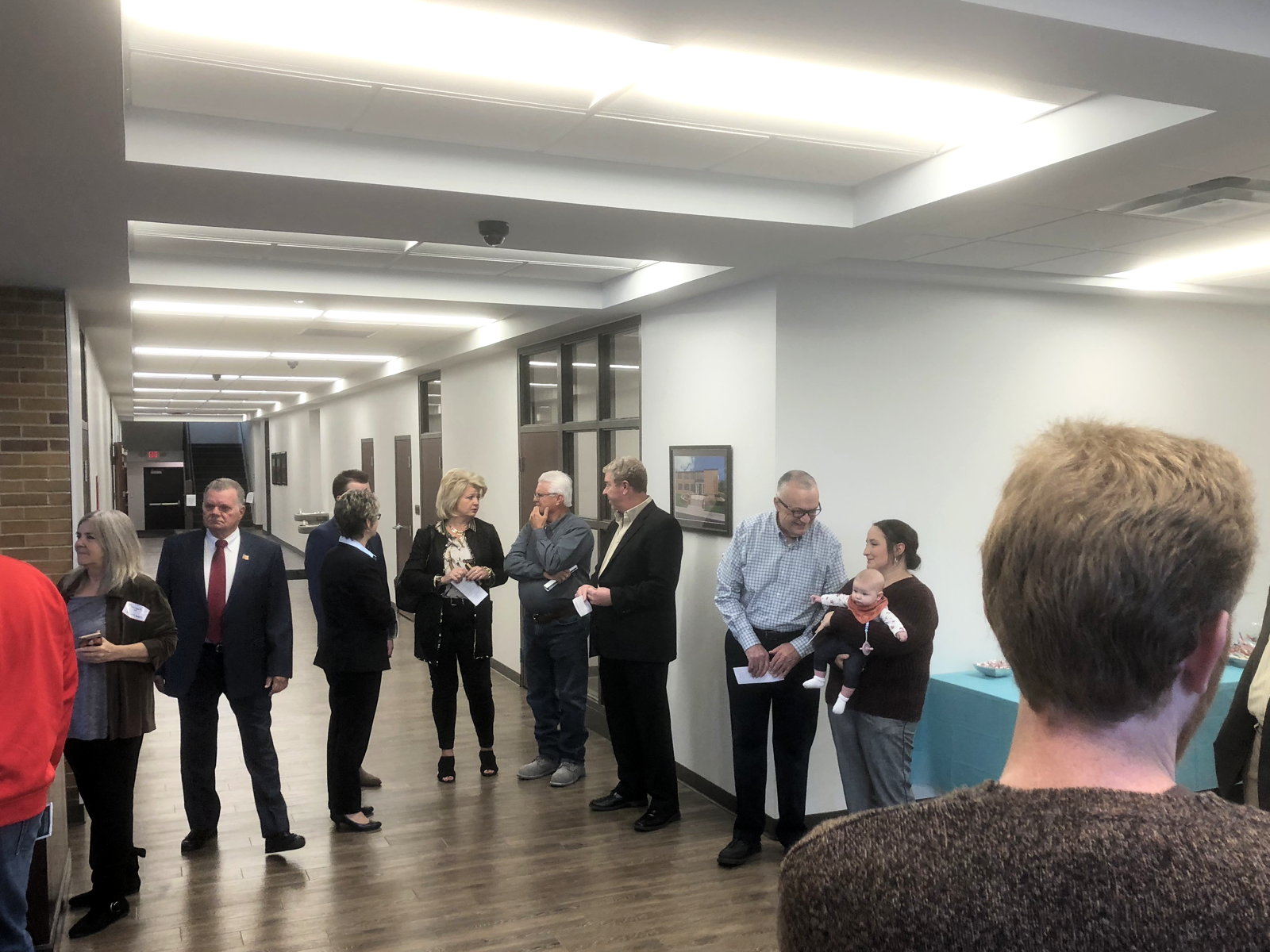 South Lebanon’s various administrative departments occupy spacious new offices, each with some room for growth, all clustered around the Council Chambers. Mayor James D. Smith spoke with pride about how the building had been secured for $1 many years prior, when a new school building was built. With interior renovations and a stately building entry & plaza designed by Childress & Cunningham Architects and built by Kramer and Feldman, Inc. as general contractor, coordinated with a new Trane HVAC system installed by DeBra-Kuempel and some work performed by the Village’s staff, 10 North High Street has gained a definite sense of civic identity in the center of this growing town. 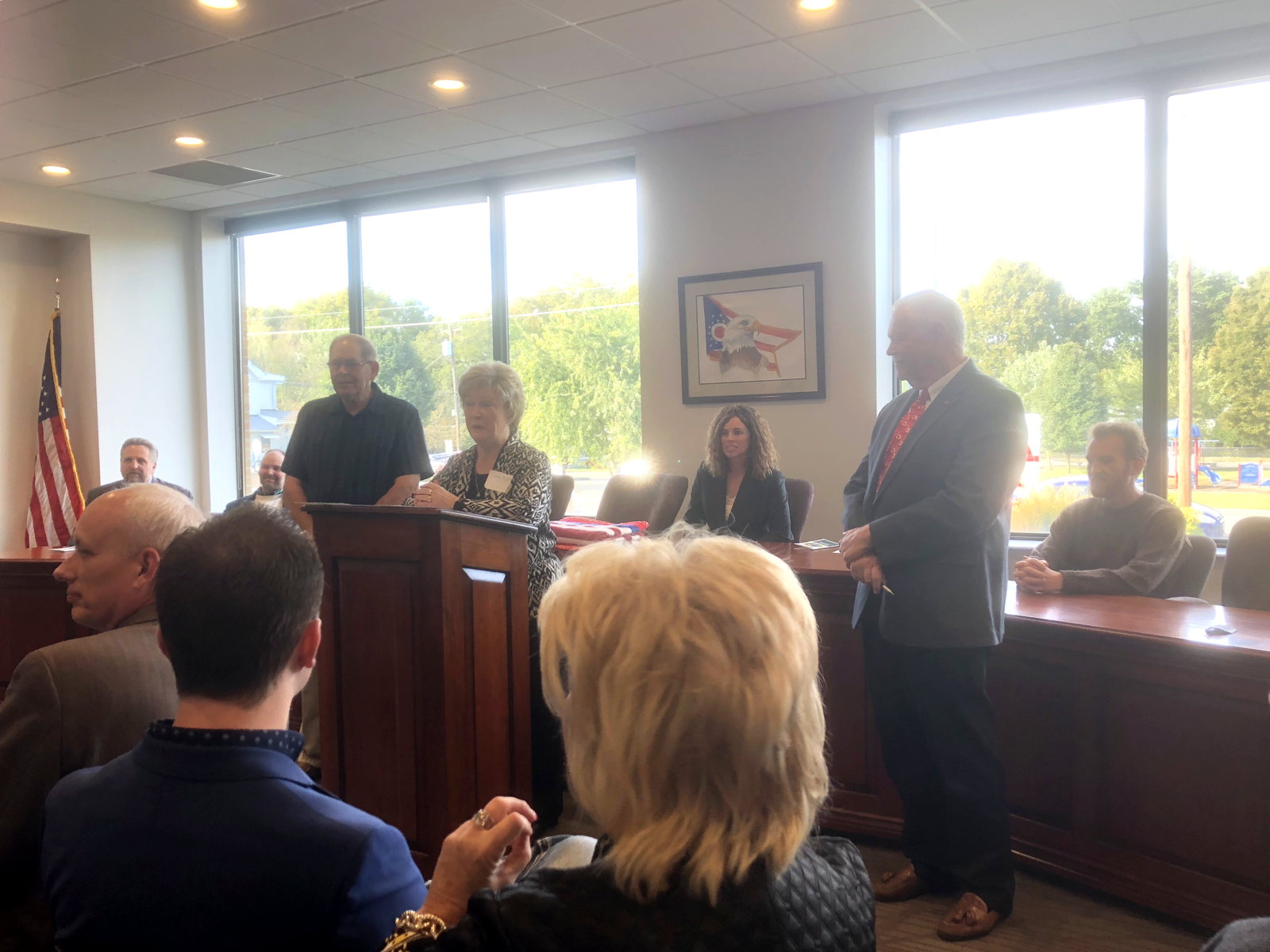 Mayor Smith stated that the Village may soon achieve City status, if the 2020 Census confirms that they have grown past the 5,000 resident threshold. Work is continuing under the Mayor’s direction, with new parking and a Veterans Memorial across the street to the south. Further work will be done in the building as well, as there are second floor spaces that have not been renovated yet. Childress & Cunningham looks forward to working with the Village of South Lebanon more in the future, as they continue to prosper.