I got into architecture because of my lifelong hobby: model railroading. I was in the ninth grade when I learned about the career of architecture, and thereafter aimed at making it my eventual profession.

What is it about model railroading that led me there? I suppose at its core, the hobby breaks down to “playing with trains”, but there is far more depth to it than that. A wide variety of skills must be employed in order to realize my kind of basement-empire dreams; even a small model railroad can involve the use of power tools, electrical wiring, artistry in shaping the landscapes (or painting them on a backdrop), and more. All of these facets rely heavily on planning, and as a kid with big dreams I found myself filling up stacks of graph paper with never-to-be-built layout plans. Architecture is similar in envisioning and then bringing multiple skill sets (or “trades”) together in order to realize a cohesive vision. 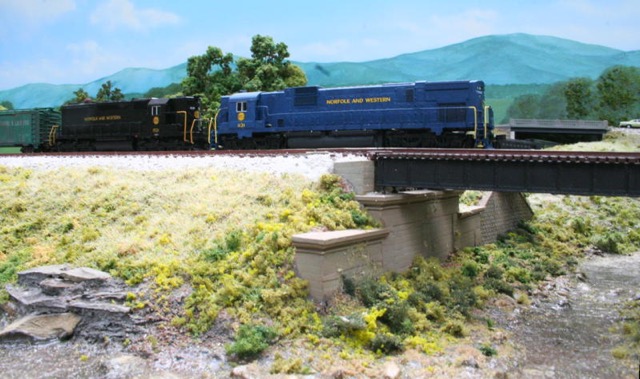 Often, a model railroad is built to represent a specific slice of the real-world railroad industry, such as (in my case) northern Virginia and West Virginia during the summer of 1971. I want the town scenes and hills that my trains run past to look like what can really be found there. I do the research to know what kinds of locomotives and freight cars were seen on the rails at that time. I take the time to modify plastic kits, such as for buildings, to make them fit the overall story. My model railroad isn’t just a collection of train cars that strike my fancy; it is a model of a railroad, one that serves specific factories and mines in the same way that a real railroad fills its market niche and has its purpose.

My approach to the hobby is that it is a way of telling a story. Not all model railroaders share that approach, but even those that don’t still tend to dig deeply into aspects of their modeling endeavors. I have a web site that is built around the story of my fictional Winchester Paston & Portsmouth railroad, at wpandp.com. Every now and then I post another article about the progress I am making on my N-scale layout, and advance the story. 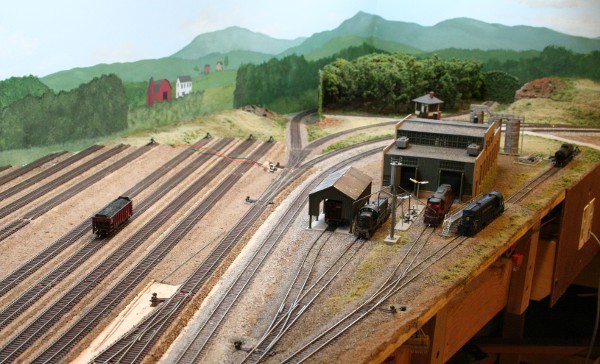 Michael Rountree
Project Manager at C|C Architects, with a Bachelor of Architecture from the University of Cincinnati and over 20 years with the company.