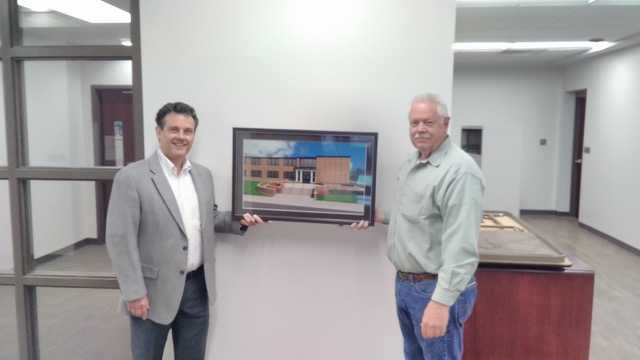 Larry Cunningham presents the Mayor of South Lebanon, James Smith, with a rendering of the newly renovated Municipal Building, to grace its lobby. The facility, which began as an unused school building, includes the Village’s offices such as council chambers, administration, utilities, and taxes, and was opened to the public just in time for the hustle of tax season. We are proud to have helped breathe new life into this mid-century modern building, and hope the people of South Lebanon take pride in their new governmental hub and plaza.